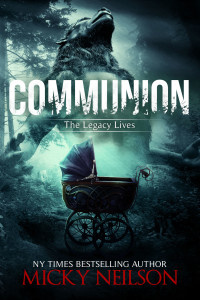 Book 3 of 3 in The Turning series

Following the events of The Turning, Ginny Bowman is now pregnant. She has decided to keep the baby despite the fact that Brandon, the child’s father and the man she loved, was something other than human.

Ginny’s brother, JD, is conducting his own investigation of the tragedy that befell Ginny on board the ill-fated cruise ship the Rapture. JD’s probing will uncover a long-held secret that has been closely guarded at the highest levels of government, a secret that has now put his own life in danger.

While Ginny anxiously awaits the birth of her child, she finds that her condition has attracted unwanted, perilous attention. In working to find out who is chasing her and why, Ginny will discover that things are not always as they seem.