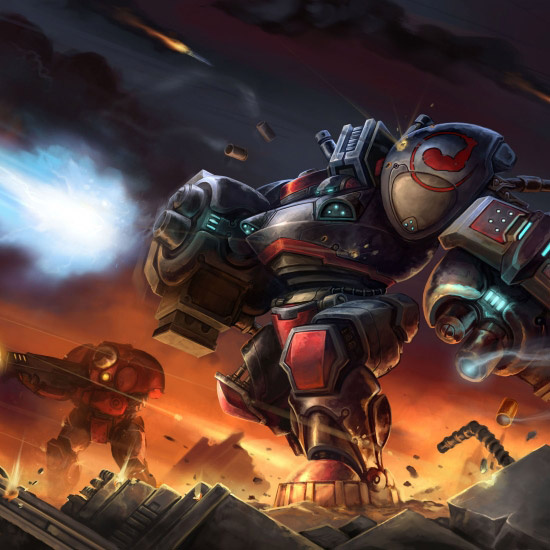 Just another glorious day in the Corps.

No matter what, Isaac White always stayed cool. Not just because he wore a temperature-controlled hardskin. No, he stayed cool because in his line of work, if you didn’t stay cool, you could kiss your sweet ass goodbye.

Someday, maybe some chump would build a bomb capable of rattling Isaac’s cage, but that day was damn sure not today. Those panbrained, fekk-head Kel-Morians hadn’t even done a respectable job of hiding the detonator. Isaac could think of at least fifteen spots along the underside of the massive bridge that would have provided better concealment. But no, the idiots had placed the device just under the lip of a baseplate, practically in plain view.

Descending the dry gulch’s southern embankment had taken all of 30 seconds, and now Isaac found himself lying on his side, getting his first glance at the detonation system. The setup wasn’t just simple: it was archaic. An electronic time-delay device set to ignite several charges placed at intervals beneath the girders. The KMs had held the bridge and the territory surrounding it until a few days ago. They could have blown the bridge as they retreated, but instead they had opted to make a play at taking out the bridge and some Confed forces with it. And they didn’t think the Confederacy would check the bridge before crossing it? Stupid. Just plain stupid.

This stupidity was exactly why the Confederacy was sure to win the Guild Wars. The wars may have been dragging on for three years now, but there’d never been a doubt in Isaac’s mind that the home team would pull out the big “W” in the end.

“What in the crap is takin’ so long, niner?”

One of the transpo boys had stepped out of his truck and was shouting. The other folks awaiting the all clear, sitting in vehicles in a queue that stretched a mile down the blacktop, were getting restless.

Isaac waved a hand. Disarming the bomb would be a breeze. This was what Isaac did. What he was born to do. “Stealing thunder” was what the other ordnance disposal agents called it. And he was the best of the best.

One snip, and then back to the barracks for some quality time with Kandis. Or Lexa. Or Dorinda…

Isaac held out the wire cutters, positioned them on the proper wire, and cut.

Seconds later he’d removed the device. Isaac stepped away from the support and gave the thumbs up to Sergeant Ruxby, who was standing in his combat hardskin at the top of the embankment opposite the queue.

The loose dirt made ascending a slow process. Above Isaac the rumble of the trucks and other waiting vehicles grew louder. The bridge groaned as the first of the transports eased onto the span.

Isaac was halfway up the embankment when a series of electronic notes sounded from within the device he held. What the fekk was that?

Then, from somewhere on the bridge: